Why multitasking kills your power 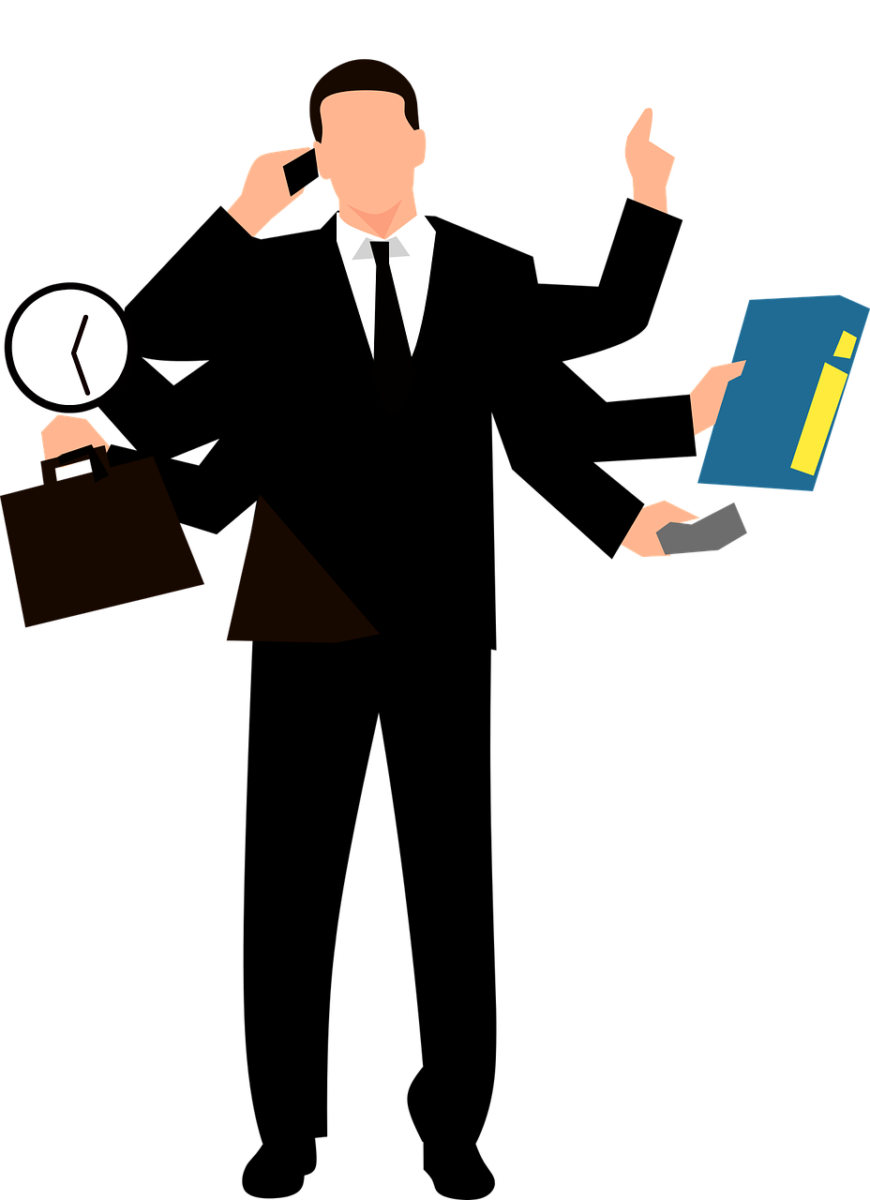 When was the last time you multitasked?

If you’re reading this article, you’re probably also checking your phone, keeping an eye on your email, scrolling through your social media, browsing a number of websites and listening to your music.

That’s the norm, isn’t it? It’s the modern world we live in. Everybody does it. It’s perceived as efficient: you maximise your time and deliver more. That’s how you feel when multitasking.

But is it true?

Hold that thought for a moment.

And let me ask you a question: when was the last time that the quality of the results you delivered, the quality of your performance, on all the tasks you were multitasking was topnotch for all of them?

If you’re scratching your head looking for an answer stop it right there. You won’t find it.

Here’s the thing: we, as human beings, can’t multitask. Our brain is not designed for multitasking.

And when we juggle multiple tasks at once, studies have shown that our productivity drops of an average of at least 40%.

And so does the quality of our performance.

Now, let me clarify one thing or two about multitasking.

According to studies and researches there are three types of multitasking:

We can’t really perform #1 Trying to do two or more tasks simultaneously, unless it’s something like walking and eating, or walking and talking. i.e. at least one of the tasks has to be second nature, meaning that it’s performed in complete autopilot –

like having a program running in the background → walking,

while we work on something else → talking or eating.

For example we can’t read and talk simultaneously. And if you think you can, think again.

That’s what you do when, while on a conference call, you’re checking emails plus working on some documents you need ready for your next meeting (soon after the conference call you’re on right now!), plus maybe switching between multi-tabs in your internet browser (shh, I won’t tell anyone).

Then there is #3 Performing a number of tasks in rapid succession. Although you might think that’s not even multitasking, it is.

Now. What happens to your brain when you multitask?

Every time you shift between tasks, your brain has to shift its focus from one task to the other in a seamless stop-and-go fashion.

Assuming that, like the majority of the population, you spend most of your day multitasking, you’ve set your brain in a stop-and-go mode all day long.

Imagine you’re driving your brand new shining red Ferrari Testarossa 360 Spider on the Monte Carlo Grand Prix Circuit. With no one else on the road. In a stop-and-go mode. All the way. Yes, all the way.

What would that do to your brand new shining red Ferrari Testarossa 360 Spider?

And what does that do to you?

That’s what you’re doing to your brain when multitasking.

This applies also in relation to #3 because Performing a number of tasks in rapid succession doesn’t give your brain the time to unplug and settle from the previous task, and freshly refocus on the new one.

And although you’re already working on your next task, your brain is still set on the previous one, that runs in the background, distracting you from focussing 100% on the task in hand.

Studies have shown that our brain needs an average of 20 minutes (I’ve read it’s 23 minutes and 15 seconds) in between tasks to recuperate before being able to fully focus on the next one.

Now, all this multitasking has ramifications on your health, well-being, performance and productivity:

“people who frequently use several media devices at the same time have lower grey-matter density in one particular
region of the brain compared to those who use just one device occasionally.”

How can you reduce your daily multitasking, then, and keep it under control?

Over to you now. Pick at least one of the above strategies and implement it straightaway. Now. Don’t procrastinate.

And email me at marina@marinabruni.com how you’re getting on with it, I’d love to hear from you

Get out of your zombie trance!
Use these tips. Now

We will never spam you.

For a limited time, we’re making our Masterclass available for free!!

Click the button below to learn more about how you can properly secure your business while leveraging your legal foundations to elevate your brand status, build trust, and become an authority with your clients, prospects & partners.

I’d Rather Be Profitable!